Level at the beginning of day 2: 4

What I learned since last time:

I read about many other things but most of the information I did not understand, so I can’t really say I learned anything. Hopefully as I continue playing it will start to make sense.

I’ve been seeing a lot of people say that the only way to learn is by playing PvP games, but I’m way too intimidated to even think about doing that. People can be mean. And now I’m seriously regretting using the same handle for LOL as I do for everything else (chelsearrr) because it’s clear that I’m a girl.

Even though last time I had decided I wanted to continue using Jinx, she had been picked already in my first game of the day so I went back to using Lissandra, who I used for one game last time. 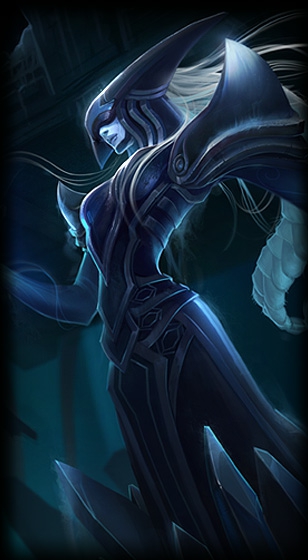 Each game I felt like I was improving a little more, so I ended up sticking with her for all 4 games and I think I’m going to continue to use her whenever possible until I feel like I have all the mechanics of the game down. Before I go in for day 3, I will do some research on her and find out what the best items to buy for her are, how to use her abilities in interesting ways and what positions she’s best at.

I immediately tried to get that teleport spell, but I learned that it’s not available until level 6 (I was level 4 & 5 during these games), so obviously whatever I read online that said you can get it in level 1 was wrong.

In these games I ended up in bottom lane twice and mid-lane twice. I learned that I like mid-lane more at least for now because it’s shorter, so therefore I have a shorter distance to walk back to my spot whenever I die.

In all of the games I played, my team didn’t communicate at all with each other, even when it came to picking roles at the beginning of the game. So I didn’t get a chance to practice that. I feel like I probably won’t until I start playing PvP.

During a couple of these games, I noticed things on the ground that looked kind of like little plants. When I clicked on them nothing happened. I will do research and try to figure out what those are.

Overall, I didn’t learn much new information today but there was a noticeable improvement in my performance by my 4th game. During the 1st and 2nd games, I was still dying constantly and got in a few champion kills but didn’t destroy any turrets and didn’t kill enough minions. I was also not even present (or even close to being present) when my team destroyed the nexus.

During my 3rd and 4th games, I destroyed at least 1 turret or inhibitor, improved my minion kills and got better at last-hitting, killed more champions and was actually present when we won the game (although I still didn’t really help much). Part of this was because I started using health potions and as a result died way less. And part of this was because during these games I was in mid-lane.

So far I’m really enjoying Lissandra’s Q and E abilities (I forget their actual names). I like that they can be used from far away, especially the E ability which I feel like would be great for turrets (I only actually managed to destroy 2 on my own but I feel like as I get better, the E ability will become increasingly useful). I also like that she also has 2 abilities that can be used at close-range (W and her ultimate). She seems pretty balanced and that is serving me well in terms of learning the game.

I’m getting better with Lissandra’s abilities in general – I know exactly what they all do and I’m starting to develop a kind of strategy based on that, as opposed to just hitting whichever one I feel like at any given time. I’m also mis-clicking way less. The only one I’m still pretty clueless about is her ultimate. I used it a few times but I feel like you can do way more with it than what I’m doing.

Something I am a bit nervous about is the amount of time that I have to play. I felt like my boyfriend used to work a lot of evening shifts, and I was counting on that as my LOL-playing time. But lately he’s barely had any. Day 2 was Sunday, and I won’t have another chance until Saturday. Hopefully things will change (not that I don’t enjoy spending time with my partner) – otherwise I’m not sure I’ll be as good as I want to be in time.

I’m doing a lot better than I thought I would be at this point. I thought that this would be full of hilarity and shenanigans because of how awful I would be, but…I’m not. At least not any more than any other new player would be.

Then again, I’m still playing intro games. I’m sure the hilarity will resume as soon as I try to go up a level.

One thought on “Day 2 – Maining Lissandra”