On Thursday, I opened my LOL client to work on item sets, as a promised myself I would, and it announced that the ‘Practice Tool’ was now available, but that I would have to update my client. I saw no problem with that, so I did. There was also a new patch – not sure if this was just part of that or not.

The new client is pretty much everything I’ve ever wanted – except for one thing.

The item sets are gone.

I read that they are planning on reintroducing them at some point, but not any time soon.

How am I going to learn in the meantime??

I guess I just have to work even harder to memorize all the items. I’ve already gotten a bit better at that, and at least now I can more or less understand the descriptions of them. I’m better at browsing the different categories in the shop and I know how to click on items to see what they build into/what builds into them. And I’m better at figuring out what stats my champion needs to build in order to improve in various situations.

I could also still look up guides online and write them down in my notebook. (Although, I keep saying I’m going to do things like that, and then I leave my notebook in my bag or at work or something.)

Even so, I still consider this a substantial blow to my progress.

My boyfriend was up until something like 3:30 the night before, and I have a feeling that this is what he was doing, probably. I wonder if he’s freaking out as much as I am. (Probably not.)

But let’s talk about the positives.

First off, it’s beautiful. I feel like I’m having a nerdgasm just looking at it. Everything is so sleek and clean and modern looking, which I am a huge sucker for.

My favourite features are the update to the rune pages, and the fact that your profile page displays the splash art for champion you have the highest mastery in (in my case that is Soraka, who has beautiful splash art, and as a result I feel like my page now really reflects who I am as a person – a gorgeous, sparkly unicorn).

Second, the PRACTICE TOOL. It solves so many of the problems I’ve been complaining about this whole time.

Want to practice something but don’t want to risk pissing off the rest of your team? NOW YOU CAN! Aside from this being available when I started playing, it couldn’t have come at a better time because now I have the perfect way to learn how to jungle.

It’s so much more complex than I was expecting – I sort of figured that if Riot were to make something like this, it would basically just be an empty Summoner’s Rift that you could run around on. But there are so many customization options that enable you to practice specific things quickly. For example, you can instantly level up your champion and spawn jungle monsters like the dragons and the Baron. You can also add bots to fight/to fight with you, meaning you could sort of play an actual game (emphasis on the sort of). In addition to making things easier,  you can also make things harder, such as by making turrets invincible.

I think you might even be able to play with friends in the practice tool and get IP & XP if you add enough players and/or bots, although I’m not sure about that one yet.

All of this means that I will hopefully improve my technical skills much more quickly, and it also means that I can practice at work or even potentially at home when my boyfriend is sleeping every once in a while. The reason why I don’t do these things now isn’t because I’m afraid of getting caught, it’s because I don’t want to abandon games (even though that has now happened a few times anyway). However, now I can just shut my laptop and not feel bad or be penalized in any way.

(Side note – I also read in the patch notes that they pretty significantly weakened Maokai, one of my boyfriend’s favourite champions, who I’ve previously noted I didn’t really see the appeal of. I wonder if this will change his opinion. At any rate, at least now I don’t have to feel so bad about disagreeing.)

Anyway, onto the actual playing of the game. As I mentioned in my last post, I was stoked about this week’s free champions.

On day 23, I jumped right into using the practice tool to learn how to jungle. At first, I was feeling really discouraged and having a lot of difficulty. I didn’t understand how you were supposed to kill a monster when they run back into their camp every 5 seconds and regain all their health. Eventually though I realized that if you KEEP it in its camp, the regenerating health rule does not apply and it’s much easier to kill. So I figured out how to kill monsters, how the smite spell works, and approximately what level you have to be to successfully solo a drake (around 8-ish in my case). I also learned that even if you’re like level 18 with 6 items, soloing the Baron or Elder Dragon is a terrible idea.

Afterwards, I played a bunch of bot games to try out some of the free champions. Here are my opinions.

Draven – I kind of love him? He seems pretty strong and he was very entertaining. I especially like how on his champion page, his friends list includes himself. And he has a “Draven Draven” skin.

Irelia – I kind of hate her? I felt like she was pretty weak (although in another game I saw

someone else do extremely well with her so maybe it’s just me) and I also felt like she wasn’t very unique as a character. I read her backstory and it didn’t seem to make all that much sense. Her weird floating metal hat thing also really pissed me off for some reason.

Miss Fortune – I really enjoyed playing her, and I like her backstory, however I think the way she is designed is a  bit heavy-handed. Like, we get it, she charms men and then kills them. She’s super-hot but dangerous. Does she really have to trail hearts everywhere she goes for us to know that

Brand – I was excited to try him because I’ve had a hard time playing against him in the past. However, he was a lot weaker than I expected. I was shocked that he’s a support champion. He’s a giant fire monster. I feel like he, like Morgana, wasn’t designed to be a support champion (because that role makes very little sense given their backstories and abilities for the most part) but fell into the role because they aren’t strong enough for other roles.

Cassiopeia – I don’t hate her, but I didn’t like her as much as I thought. I thought I was going to fucking love her. I just felt like she was a little weak and her backstory is basically non-existent. There are some champions who I would love a little more information on, like Cassiopeia. Mostly – why is she named after a Greek mythological figure/constellation? What does that have to do with sneks? I don’t understand why some champions have novel-length backstories and others have, like, two sentences.

On day 24, I tried a couple more free champions:

Tahm Kench – I was disappointed that you can’t just eat enemies whenever you feel like it. You have to hit them 3 times first. WHERE’S THE FUN IN THAT

I had a really interesting PvP game where my team played horribly as a whole but I played quite well myself.  I managed to get 2 sneaky kills that no one acknowledged – I got first blood just as someone was getting away, and right at the end of the game I killed the star player on the enemy team with the Redemption item. I assume that is probably usually only used to heal teammates; in my case I and my teammates had already died but I decided to use it on the remaining enemy champion who had just a tiny bit of health left, and it worked. New fave trick.

My team was just mildly sucking in general but one notable bad play was when our ADC commanded me to come with them to kill a drake at level 5 (side-note – one of my pet peeves is when players tell other players to “come” like some kind of fucking dog). Our mid-laner came too. Not only did we A) not successfully kill the drake, but B) we got ambushed by the enemy team and all died. I thought it was a bad idea from the start but I was just the support player so who was I to argue? I’m also not exactly the best so I assumed that they knew something I didn’t. I just felt like we were making progress in our lane and our attention should have been there. We weren’t falling behind at all at that point so we didn’t need it. And I think if more than 1 laner is missing from the map at that point in the game (and they’re not dead) it’s pretty obvious what you’re doing. 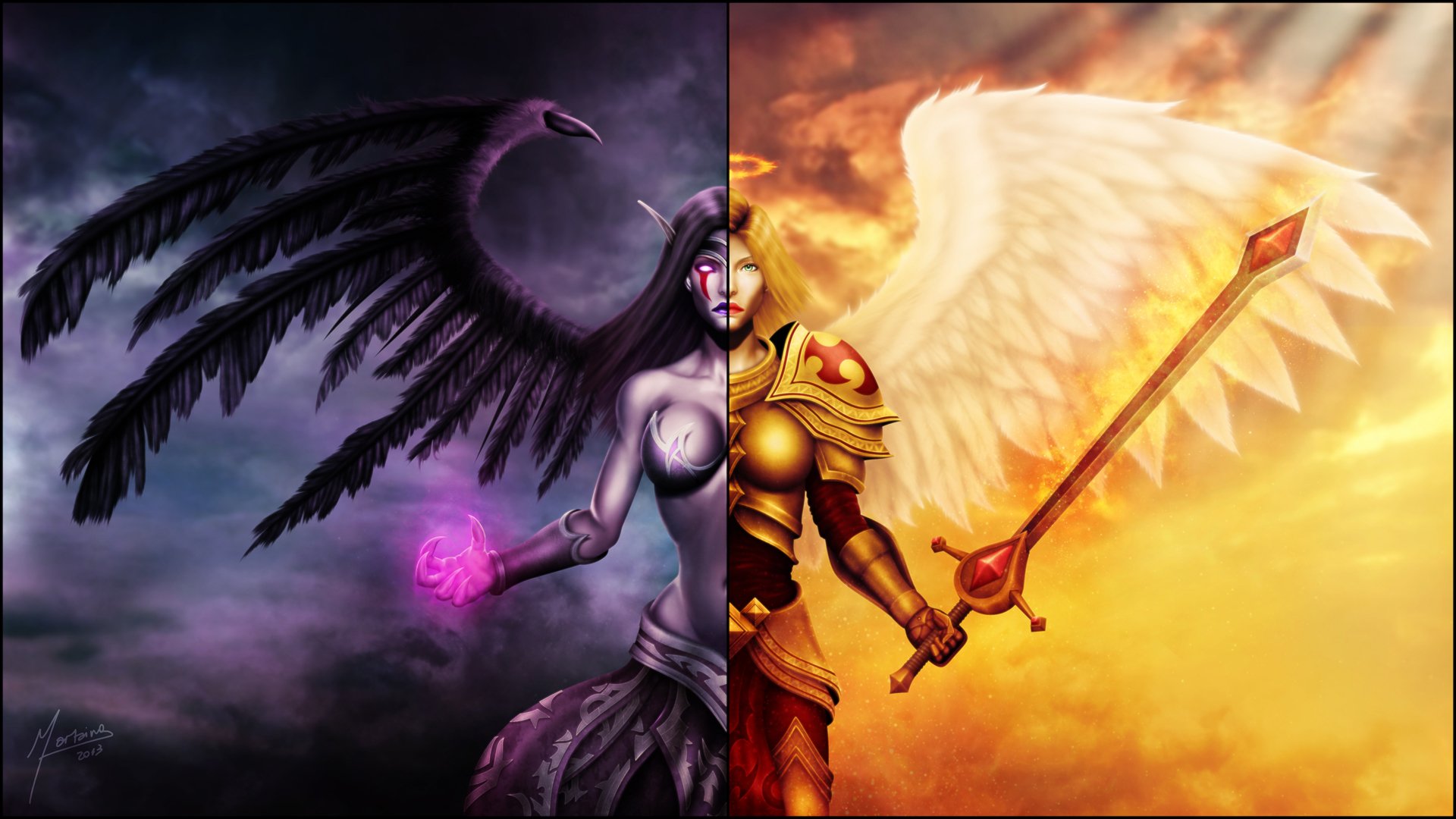 Towards the end of the day, the highlight of my life happened. (Just kidding. The highlight of my life is when I met my boyfriend. LOVE U BB.) I played an amazing game with Kayle top, and I got an A+. That’s the highest grade I’ve ever gotten! And it wasn’t for support! If I had died 1 fewer times I think I would have gotten an S-. So close.

My final score was 8-2-6, with 123 CS, 3 towers & 1 inhibitor. I was the best player on the team according to the stats afterward (although it helped that I had a good support – Morgana funnily enough. Come to think of it, I should have added them as a friend).

Do you know how often that happens? LITERALLY never.

At the end of the day I bought Morgana and Amumu (who was on the free list this week but I didn’t bother playing). Amumu was, I think, the first champion I ever learned about, because a long time ago my boyfriend made me watch the music video for the song Riot made for him. I think he was showing me because he knew I could relate.

Anyway – it was a very productive two days, and I’m excited to jump back in again tomorrow.

Death snack of the day: Fries