On Saturday, I thought that I could get in one game with Soraka in before my barre class. And I was very nearly right, but I wasn’t. As the game progressed I thought I’d be fine because it looked like we were going to lose any minute now (not that I wanted to lose), but we ended up making a comeback. And I am so glad I stayed because it was a really fun game and I got another unexpected S! Unfortunately all this meant was that I got a token towards Mastery Level 6.

Perhaps more interesting though was that the game proclaimed “Defeat” when we destroyed the Nexus, and the game was recorded as a loss on the post-game screen and in my match-history as well. Not sure if it was the case for everyone, but there were a lot of “wtf”s in the chat, so probably.  I also didn’t get my first win of the day bonus, but that was fine because I just got one later. I feel bad for anyone who maybe was relying on it for that, though.

The next day, I played some games with Sona and I ended up getting an S+ in one of them – maybe my third or fourth PvP game with her so far. That’s crazy. In all honesty, I did accidentally steal a kill from another player, but all the rest were totally legitimate, so I think I still would have gotten an S or S- without it. As my loot chest reward I got a skin shard for Haunting Nocturne, which would be very exciting if I owned Nocturne. (I also have one from when I started playing for Mafia Jinx, which I’m hanging on to for when I eventually buy Jinx.)

The person I stole the kill from was a bit odd though. They were all “wtf”, and I said sorry, and they said “just don’t do it again. otherwise you’re fine”. OTHERWISE?! What were they planning on doing if I did? Was that some kind of extremely vague threat??

It was too vague to really do anything about, and I did feel sort of bad. Personally, I kind of think that the concept of “stealing” things from other players on your team (unless it was previously agreed upon that they would receive that thing, such as in the case of a leash) is bs, but I can concede that I really did not need to be there. I showed up and I was like “HELPING!!!!! *ults*”, not realizing how much damage I would do/how low the enemy’s health bar was already. As a support I’m more nervous about being called out for NOT acting/helping than helping too much, which in most cases does not happen, so I kind of just do stuff.

But anyway, two S’s in two days?? And three in 2 weeks? That is three more than I thought I would be getting. I just can’t help but feel like it’s all luck, although if that is the case then I am one lucky bitch.

And aside from that guy, everyone I played with was really nice, especially one ADC who requested that I play Morgana for some reason.

Now let’s move on to my mid games this weekend! I learned some things.

I’ve played lots of games against Yasuo or with Yasuo on my team, but apparently I’ve never been in a lane against him before. I realized that I didn’t actually know everything he could do (and I still don’t because EVERYTHING HAPPENED SO FAST). At first, I thought that Lux was a good counter to Yasuo because she can stop him from dashing all over the place with her Q. But then, they got their wind wall ability (I keep wanting to call it windwaker SMH), and everything changed because they just kept blocking my Q. And I was like man, that is so unfair! Now I see why people hate you so much! Previously, I just thought they were all whiny babies! But then I realized that Anivia has a wall too, which I basically never use. Now I’m wondering, can you use Anivia’s wall to block oncoming spells too? Will google. (By the way, my notes for this just said, “Yasuo – fuck that guy”.)

(Btw Soraka in the background of that picture is me IRL. I feel weirdly attracted to this guy? But like I’m pretty sure it’s just because I associate him very strongly with my boyfriend, who I am obviously very attracted to and probably would look just like that if I let him grow his hair out.)

Unrelated to that, I started playing Anivia again because I decided to splurge on a few skins, including her Festival Anivia skin, the only one for her that I like, as I’ve mentioned. (It’s awesome, by the way.) And I saw my performance improve considerably because I learned how to use her Q! You can stop it partway through its trajectory and cause it to “land” wherever you want, stunning enemies in that area, and if you follow that up with her E (which to be honest I still had trouble with), it does bonus damage. And I also became less scared to use her ultimate whenever.

I also saw an improvement with Lux after playing against her with Anivia (and learned that it’s not a great matchup). That Lux taught me something about her E – I was finding it impossible to dodge and I couldn’t figure out why. I knew that you could detonate it early, and I use that to my advantage, but what I didn’t realize was that it is actually a projectile that she throws, meaning there is a tiny delay before it ‘hits’ the ground. You can basically just press E twice and it will detonate immediately when it arrives at its destination, basically using it as a skill shot. Previously I was thinking of it as something that just immediately appears on the ground, like Morgana’s W or Soraka’s E. (I’ve also realized just how frequently you can use her ultimate. It’s A LOT.) 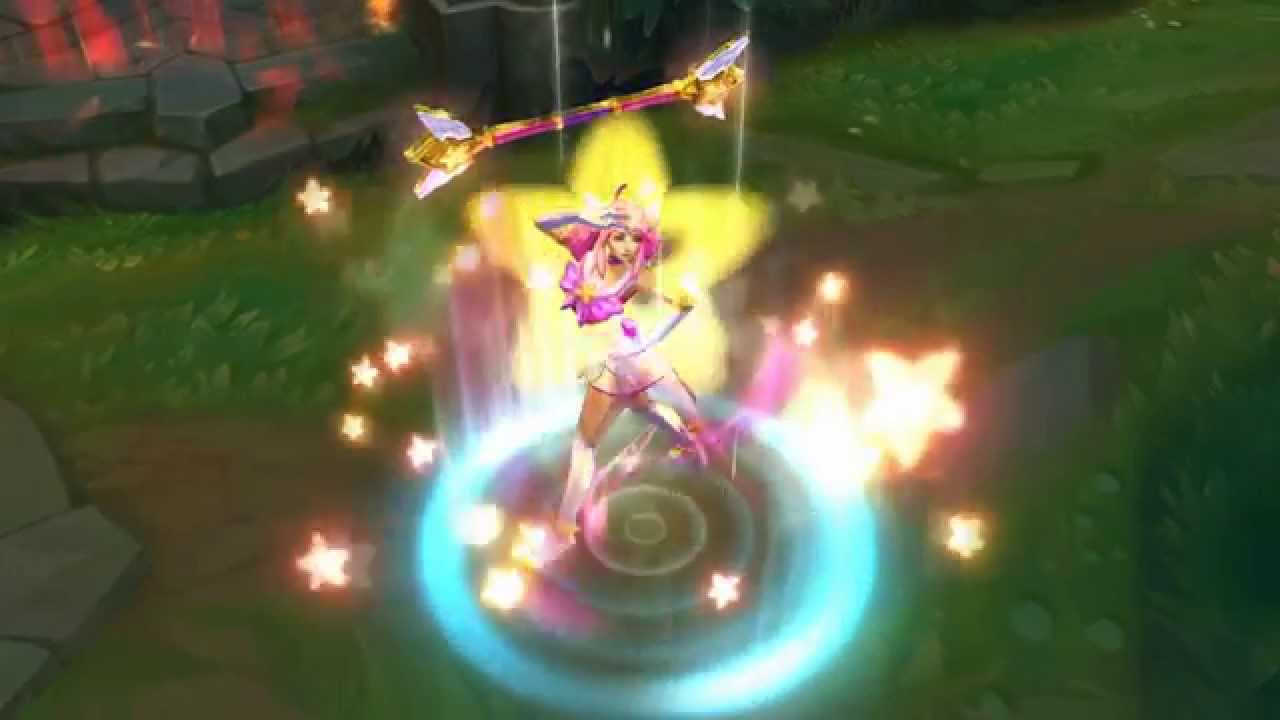 that plays when Lux recalls with her Star Guardian skin is actually part of a Sailor Moon-like “transformation” sequence. It is very entertaining if you zoom in.

Also, this has nothing to do with anything but I just thought it was weird – I ended up being randomly matched in one game with someone who I have actually played with before (in my A game with Lux a little while back), and then was randomly matched to play AGAINST her in the following game. Maybe this happens all the time and I just don’t realize it, and I only noticed this time because this person’s username stood out to me (hell beast of a) and they played Shyvana every time.

Well, I was going to attempt ranked, but…nah. I still want to but after seeing my boyfriend’s schedule for the next 2 weeks (and there are only 3.5 left), it’s clear that I’m not going to have a lot of time. So I may as well leave it.

Since I’m putting that off, I feel like I can focus less on buying more and more support champions and focus on buying some others that I just think are really fun (and honestly, the only really good support under 4800 IP left is Blitzcrank, and he just gets banned all the time anyway).

So next up – Ahri. I have only actually tried Ahri once, in that half bot game I played a few months ago, and at that time she felt strong but not overpowered. Having played against her so many times though, she definitely feels overpowered to the point where playing Ahri feels cheap. But then again you could also say that about Soraka, whose heals are insane and unparalleled by any other champion (every time I play Sona and use her W, I’m just like what the fuck is this because I’m so used to Soraka). And probably lots of other champions too.

So you know, why not? Either way, I remember her being really fun, she’s strong, and she’s hella fluffy. She also has the best skins.

I have around 2000 IP right now so chances are, she will be the last champion I am able to buy before the deadline (unless I change my mind and go for someone cheaper).

Speaking of which I am getting SO NERVOUS…I kind of don’t even care what he thinks about my skill level anymore. I’m starting to realize that literally everyone has to deal with bad games and other players blaming them for stuff. Even my boyfriend. Although his complaints are apparently just that he’s TOO good and it’s impossible. That…sounds like a good problem to have.

I’m just worried that he’s going to be so mad at me for keeping this insane secret for 6 whole months, and be like I DON’T EVEN KNOW YOU ANYMORE WHO ARE YOU *dramatically throws coat on like a cape* I’M LEAVING *slams door*