Okay, I know it hasn’t quite been a full quarter yet, but I had a lot to say anyway, so here we are. (tect will be posting his update at the correct time, at the end of March/early April.)

I have to say, I hoped we would both have made more progress by now, but, like most people, neither of us are comfortable experimenting in ranked games. Ranked games now make up about 50% of our time spent playing League so that’s been a setback that I probably should have seen coming but didn’t.

Regardless, though, I have a lot of thoughts, even if I feel like I haven’t actually learned much.

I think the most important – or at least important to me – lesson that I’ve learned over the past 3 months is that jungling and ADC-ing can be really boring. I suppose I thought that these roles would feel more exciting to play because they are often touted as the most important roles in the game and there is such a high focus placed on making plays and getting kills.

But junglers are just as beholden to laning phase as any other role, except their lane is the jungle, and if they deviate from farming to help out elsewhere and aren’t rewarded with at least an assist, it is so much more punishing for them than for other roles because it’s harder for them to make up that experience/gold in other ways. It makes me question even more why I so often see junglers come into my lane at random times without even pinging – shouldn’t they be doing everything they can to work with the team to ensure success?

And to be honest, after the first clear or two where I’m still wondering, “Am I going to die?!”, farming is boring. It requires absolutely zero skill or brain power because you don’t even have to worry about getting the last hit 90% of the time. I understand now why junglers will use that time to move their camera around the map. That’s something I’d like to try to work on, though I fear that it would only make things worse for me for a while because I wouldn’t realize when I’d killed the monster and would just end up standing there and wasting time. Or worse, someone would show up and kill me while I’m not paying attention.

I was surprised by how often ADCs are expected to separate themselves from the rest of the team just to farm, which, again, is boring, especially late game when last hitting isn’t that hard. It also makes me nervous because unlike most jungle champions, ADCs aren’t very good at defending themselves, and especially not if they’re me. That’s why as a support I am so unwilling to leave my ADCs alone until late game – I think they’ll just die, because if it were me, I would. And to be honest, many times they do, but maybe that is a them problem and not a me problem.

Admittedly, I am not sure if it’s like this for all ADCs and junglers or just for bad ones, because of course tect was telling me what to do each game since I am still learning and just wanted me to not be a liability for the team so we could win. Maybe he just wanted a productive way to remove me from team fights.

The whole farming thing just makes me want to throw my hands up in the air (in frustration, not like I just don’t care – just to clarify) because why would they include such a frustrating and boring objective when games are supposed to be fun?! I wish that there was less focus placed on farming minions/jungle camps for gold and experience and more just to take more fun and individually impactful objectives, for example killing minions to get to a tower or killing a monster for its buff.

All that said, though, it is very satisfying to get those kills and to see how much damage you alone can inflict. And of course to see all the gold appearing on the screen from CSing, when you’re actually successful at it.

I do need to improve at last-hitting, but I don’t have the patience or motivation to go into Practice Tool and do this. I am very thankful that it exists as an option now, but I just…don’t care enough. Who knows, maybe if Practice Tool existed when I started I would have ended up maining a different role! Probably not, though.

Both of these roles are pretty reliant on skills that I don’t really have aside from that as well – for junglers, pinging is key to notify your teammates of your intentions and to request help for objectives. Many ADCs need to unlock their cameras because they have extremely long range or global ultimates (something that I’ve always thought was weird, to be honest – why on earth is that much damage allowed to travel across the entire map for SO MANY champions??), and of course junglers need to do the same to see where they should focus their attention next.

Xayah, though, does not have a long-range ultimate – in fact I’m pretty good at using it effectively – and she’s my favourite, but I’m constantly told not to play her because she’s too hard. In fact, tect literally said on stream once, “She’s not for you,” which hurt my feelings because I think that if a champion resonates with you then they ARE for you, regardless of your skill level. 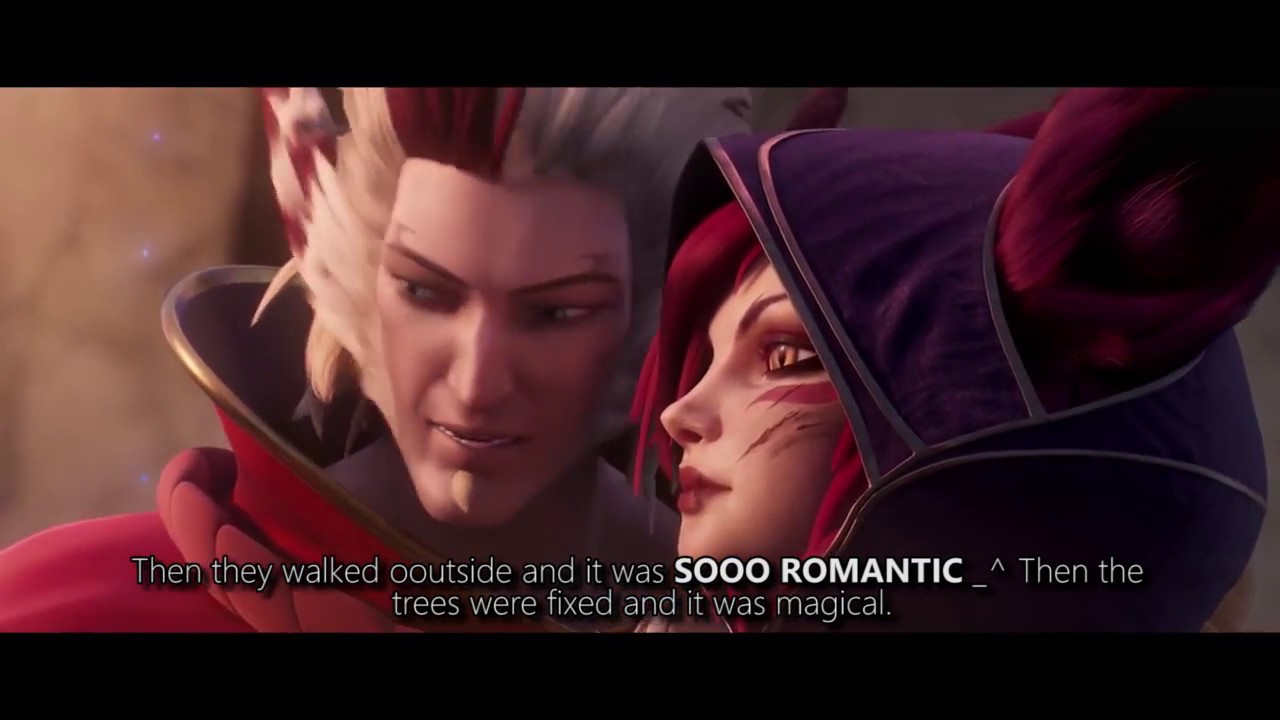 What he really meant though was that she’s not a very good champion to learn ADC basics on, which is true, despite the fact that she doesn’t require an unlocked camera (except though that’s supposedly “better” or whatever). Her auto attack range is short and her feather mechanic is weird. Other champions have weird things about them too, of course, but they tend to be more forgiving in other areas, especially auto attacks. So far my best ADC for CSing is Jinx and my worst is either Xayah or Vayne.

I’d like to try out Ezreal and Miss Fortune soon as I think they might be good for me mechanically and keep practicing with Jinx, Vayne, Ashe and, yes, Xayah. I also think Varus would be really good for me, but I don’t own him yet. The champions I’ve been buying have been more random lately because sometimes I use my skin shards for more expensive champions to get the discount, however Varus will be moving up my priority list for when I’m not doing that. And for anyone who wants to tell me to play Tristana – just don’t.

The jungle champions I’ve been practicing with are Shyvana, Vi, Warwick and Sejuani, and I’ve found “success” with all of them. Another thing I’ve learned is that I’m not that bad at playing tanks anymore – I think my problem was mainly with the fear that I would die, but after playing Maokai and other tanks and ARAMs so much I’ve learned just how much damage they can withstand. I would like to practice with other types of junglers over the next couple months, such as Elise, Ivern, and Kindred (even though I know Kindred sucks super hard right now).

Ultimately I think that playing these two roles is not only helping me to learn the champions and roles, but is also helping me learn the skills specified in my other goals, so I think I’m going to continue doing that.

At this time, I’m only willing to play ADC or jungle in normal games where we have a full 5-person premade group, so if you want to help out, join us for viewer games on Wednesdays and Saturdays – now that open parties are available, it’s even easier!

In other news, ranked has been a struggle – I was placed in Bronze 2, which was more or

less expected since I was placed (and ended) in Silver 5 last season. But my Bronze 2 games were filled with so much flame that my teams could not work together to save their IRL lives, and I felt like all my games were imbalanced. I demoted to Bronze 3, which I feel is my correct rank at this time. My Bronze 3 games feel fair – like I actually have a 50% chance of winning them. However, I went on a losing streak and was demoted to Bronze 4 – I got into promos and back up to Bronze 3 pretty much right away though. So that is where we’re at right now. I’ve only been playing Soraka – I’m tossing around the idea of adding Leona, Blitzcrank, Thresh and Morgana to my roster so that I can better compensate for a struggling ADC if that turns out to be the case, but that makes me nervous because my success rate with them on the rift is variable…and you know how people get about those types of champions missing their skill shots (and also Thresh lanterns). And since I only want to play them when necessary, it would be hard to tell when ‘necessary’ is going to be, unless my ADC says something troubling in champion select.

In League of Love news, well, we have some good news and bad news. The bad news is that you can expect the lack of posts on this site to continue. I never want to just post some random bullshit up here because I feel like I should – I only want to post when I have something to say and the motivation to write. This is much less frequent now and will continue on this way because of our good news – we’re streaming more often! In addition to our Wednesdays, Fridays and Sundays, we’ve also added Saturdays – view the full schedule here. So that means that a lot of my thoughts and feelings just end up getting expressed there.

If you like the bite sized chunks like blog posts, I suggest our Youtube channel instead, which should be receiving 2-3 highlight videos per month the way things are going. We’re also posting more on Instagram and Twitter, and our Discord is always a great place to ask us questions or share your own thoughts (links to all those to the right).

So we hope to see you on one of those platforms but, if not, stay tuned here for tect’s Q1 League Year Resolutions update in a couple of weeks.

P.S. Small things – I have also been practicing using Soraka’s ult globally not by unlocking my camera, but by watching health bars, so that’s something. I’ve also accidentally taken Ignite a couple of times and have been taking it more frequently in ARAMs as well, so there was some unintentional practice with offensive summoner spells there.